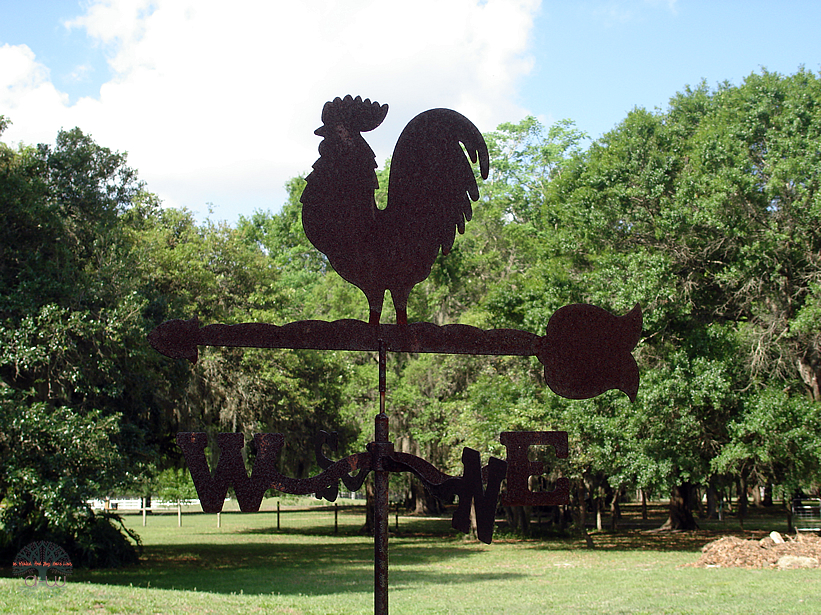 Once we moved from the outer edge of suburbia to our new homestead property we found ourselves camping out off-grid-style for quite a while before our new/old barn home was livable. The move happened so fast we didn’t have time to send friendly little address change notices (or to realize we hadn’t!). We were suddenly thrust into the throws of the life we had dreamed of for years. In the transition to our new life we had to make the hard decision to shut down our Real Life Natural Health website. Real life had suddenly taken over.

(This is the next segment after the post on how “How Our Address Changed (Home and Web)” and how we started our little homestead. SO, if you’re a chronologically-ordered kind of reader (I can relate to that!) and you didn’t see that article yet you can catch up on the story if you’d like! I’ll wait right here until you come back!)

Moving on… (get it? We had just moved to the homestead property). We thought we had a big fancy long-term plan for which order we wanted to do things on the farm but that was completely turned upside down. Life has a way of doing that sometimes!

“A person may plan his own journey, but the Lord directs his steps.” Proverbs 16:9 (GW)

“Many plans are in the human heart, but the advice of the Lord will endure.” Proverbs 19:21 (GW)

Amen to that! Our goal was to get all of the barn/house remodeling and restoration completed before getting any animals. Little did we know how long the restoration process would take! As in – still happening 3 years later…

We moved in here on July 1 of 2011. Before one full moon had passed an opportunity came for us to get 48 Rhode Island Red chicks for less than $40! Here’s what happened: Some friends and also “down the road neighbors” came for a visit and to share a grilled outside summer meal in the breezeway “dining room”. That sounds lovely doesn’t it? Maybe you’re picturing a Southern Living spread but at this point all of our meals were grilled outdoors and eaten on a folding table set up in the breezeway of the barn – let’s call it “al fresco” dining, shall we? And our dinnerware was, um, tree-wood sourced and recyclable…

As the afternoon heat eased into evening we enjoyed some freshly fermented apricot water kefir on ice, grass-fed burgers with cultured ketchup and a bit of our spicy sauerkraut. Pretty soon the conversation led to a small animal auction near our old house. Both families had been curious to go so we gathered up and caravanned out there. It was a steamy Florida night and, well, humidity and animal poop all combined in a small warehouse with more people than the fire code allows convinced us to mingle outside for a bit to cool off.

Low and behold, once we stepped out we ran into an old neighbor that we bought our fresh eggs from each week. It just so happened that another friend of his that had a small hatchery way on down the road had brought his chicks to sell but no one needed any. He was spittin’ mad that he had come all that way with his peeps and they hadn’t “blankety-blank” sold the whole “!@#$%” night. We smiled and politely slipped away with the kids to revisit the auctioning.

Pretty soon our farmer friend came up with a deal – make his friend happy and get us started with our chickens at the same time! A deal too good to pass up – 48 pullets for $36! Apparently that figure was the total it cost him to drive there and enter the auction. For us < math scholars that’s .75 cents a chick! Maybe it was the water kefir talking, but we grinned and said, “OK!” 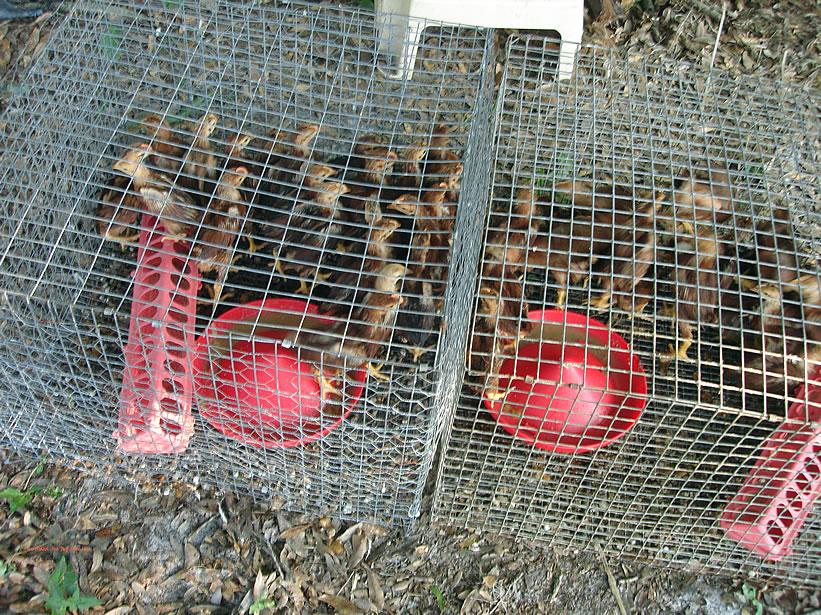 We brought them home in borrowed crab traps from the friends that hooked us up with the chick guy. It was dark by the time we got them home so we transferred them to a big dog cage (borrowed from our Golden Retriever) because the little existing chicken coop on the property was in serious need of repair. Being first time chicken masters we placed them right in the yard light’s rays (and left it on all night!). Of course, we couldn’t see them if we wanted to because we had covered the dog crate with a tarp and wrapped it with hog wire to keep the bigger critters out.

Now for any homesteading wannabe’s out there – what I’m about to tell you is not something we suggest: we bought the chickens, then we bought a book about how to raise chickens. I would like to say we learned our lesson there, but the truth is, this was a pattern that would repeat several more times. I thought about calling this post “How Not to Homestead” but you know what? We really were doing it pioneer-style. The early pioneers were doing something new that they had never done before, going to new places and having to learn new ways of doing things. And that is exactly what we were doing! We figured it out as we went (or more appropriately, “as we are going”)! 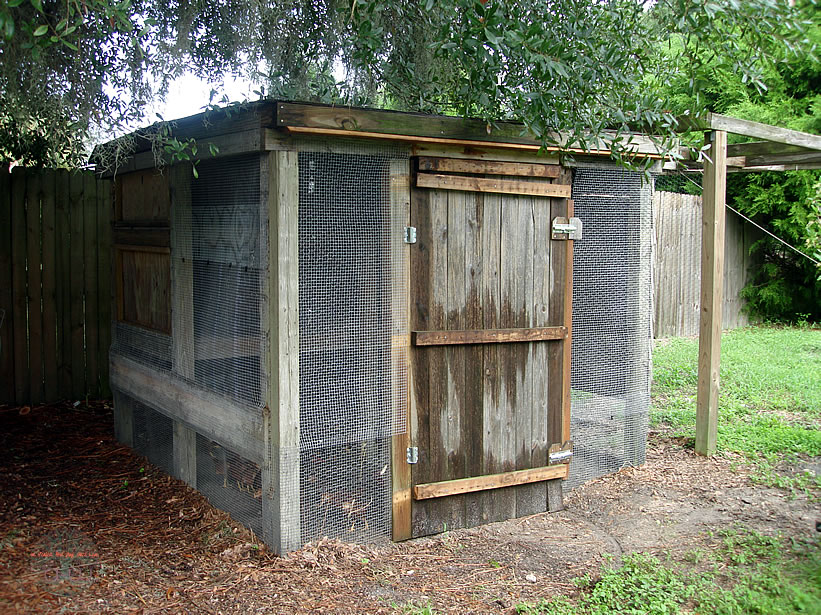 We not only repaired the little bitty chicken coop (the next day) but eventually built a real chicken coop and even a DIY chicken tractor. About half of the chicks turned out to be pullets (later to be laying hens) and half were roosters so we built the tractor to house the roosters for meat birds. (Rhode Island Reds are considered “a cross-over breed”, being good for both laying and as meat birds – which makes them a good choice for a small family farm). We were able to move them around every day to fresh new green grass with a free buffet of bugs and worms for them while still keeping them separate from the hens (and one rooster we kept in with them). The hens and the rooster free-ranged all day and slept in the new coop condo at night.

We created our own method of feeding them to supplement the bugs and weeds they get while free-ranging. We would prefer to not feed the animals any grains at all but the reality is that the grass and sandy Florida soil is just not nutrient-dense enough to meet all of their dietary needs. We use a mixture of non-GMO grains that we sprout in an acid medium like whey or raw apple cider vinegar. We also put several important ingredients in there like diatomaceous earth, sea vegetables, real sea salt, probiotics and other health-supporting supps. The result is a small amount of easy-to-digest feed that has natural digestive enzymes and probiotic goodness with added minerals. They love it and each lay about an egg a day; delicious, bright sunny-yolked eggs! 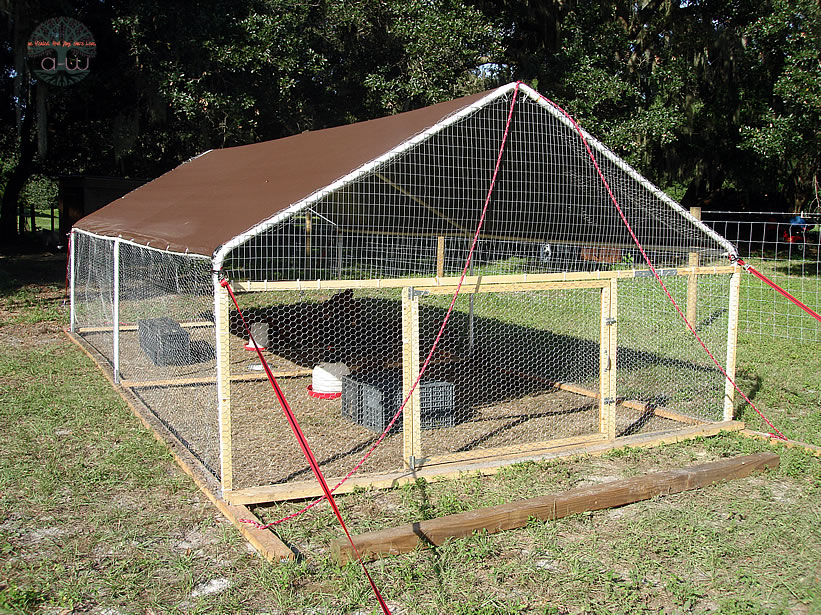 About a year or so later we got another batch of biddies and this time ordered them on-line. I’ll just say that getting chicks in the mail is an experience. First of all, the post office doesn’t seem to enjoy hearing a package full of peeps when they arrive very early in the morning. So, they call you and strongly suggest you come to get them ASAP. The experience got more interesting when we got home and realized we were given someone else’s chicks by mistake! We finally got the wrong chicks (meat birds) watered, fed and delivered to their right home and retrieved our White Leghorn and Silver Leghorn chickies and brought them home. It’s about a 25 mile trip each way to the post office so a large part of that day was spent on the road (with peepers peeping prolifically!) 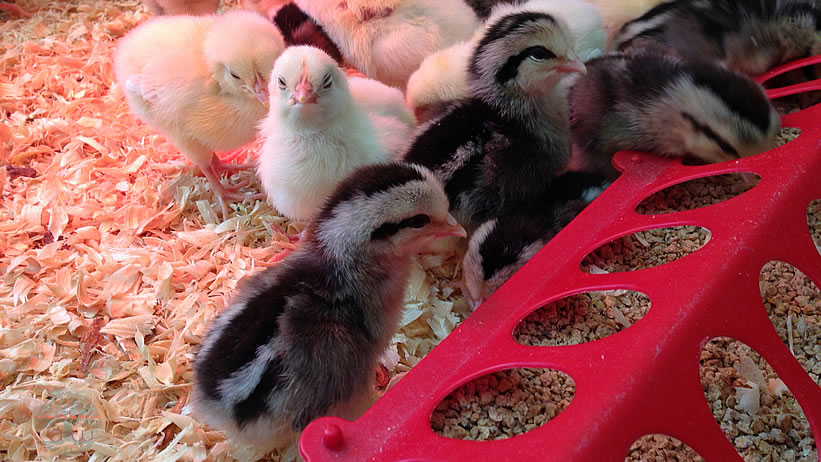 Our existing Rhode Island Red hens lay brown eggs so we ordered White and Silver Leghorns because the Leghorns (or Leggerns as our old timer Crackers say down here) lay white eggs. We are hoping that will help us to know when the Reds are no longer laying and are ready to retire their laying box positions.

We had to keep the chicks under a heat lamp in the breezeway of our barn for a while until they were old enough to withstand temperature changes. Once they reached pullet-size we moved them to the remodeled “little coop”. Eventually, as they grew they were moved to the portable chicken tractor in the same yard as the Reds to all get used to each other in a “safe” environment. Once they were large enough and all accustomed to each other we let them join the older girls in their free-rangin’, night coopin’ routine. 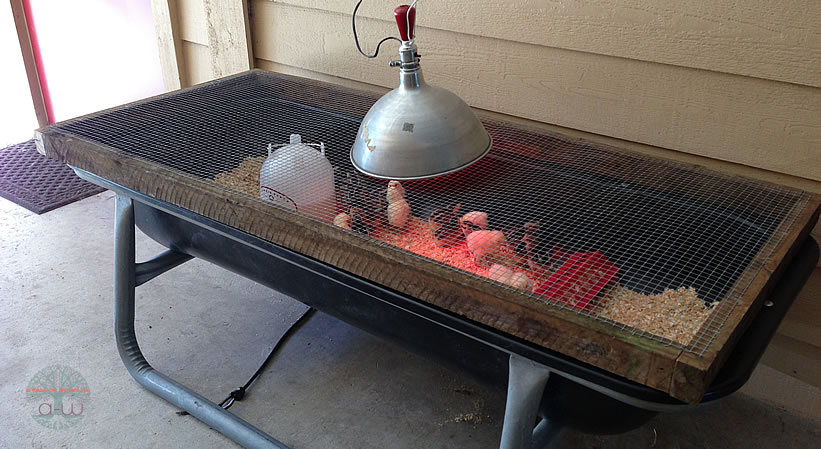 About the time they were old enough to move into the hen house we realized that one of them was a rooster. We already had one Rhode Island Red rooster (that the boys named “Steven Tyler” – because he struts around all cocky-like) as a guardian and care-taker of the hens but we decided it would be nice to have another younger rooster too. That way if anything ever happened to the Red we would still have one. Steven Tyler didn’t agree.

The white rooster looks like Foghorn Leghorn on the old Bugs Bunny cartoons! He, of course, thought he would rule the roost so there was a little pecking order that had to be worked out. Hard as it was for us, we had to let nature take its course. For a while Thor (the white rooster) walked around ashamed with no tail feathers, having been “put in his place” by Steven Tyler. [For the record, I refuse to call the rooster by that name and simply refer to him as “Roo-Roo” which is what the sweet little neighbor boys to the west of us called him.] Both roosters seem to have found their place now – with a flock of about 30 happy hens. 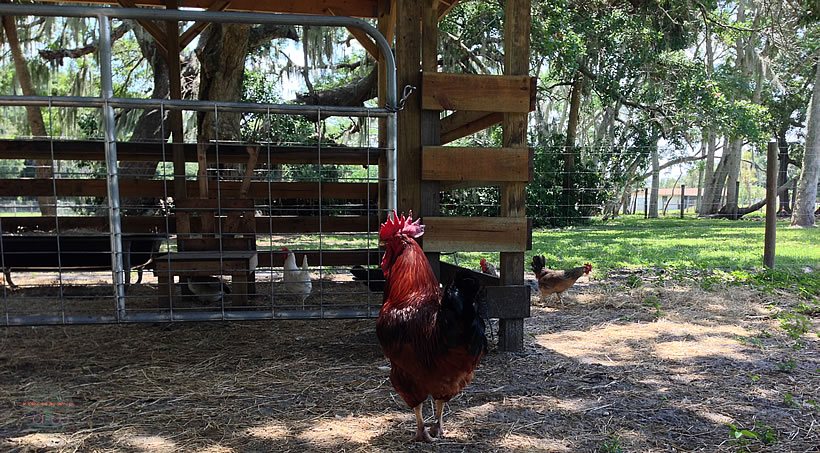 That’s a small summary. I left out a lot of details, like that chicken wire is useless to protect chickens! Raccoons can get their little paws right through those holes. Ironically, we had to use hardware “cloth” for the chicken coops, which is (also ironically) not cloth at all – but wire!

There was that one time a fox came for a little dinner visit with the chickens in the boy’s dorm (the DIY chicken tractor). That led to installing the solar-powered electric wire around it that we had to shut off every day to move the tractor and turn back on and often forgot whether it was off or on… a shockingly hard lesson to learn. The roosters were then quickly moved to colder country (in our freezer). I won’t share the details of that except that our sons all said that cleaning hogs was way easier than chickens. We’re not really the meat bird type. The little happy hens are more our speed (no “processing” necessary!)

Such is the life of the poultry on the Anderson Homestead (so far). Next time I’ll tell you how the next phase began…which was sooner than we had anticipated! 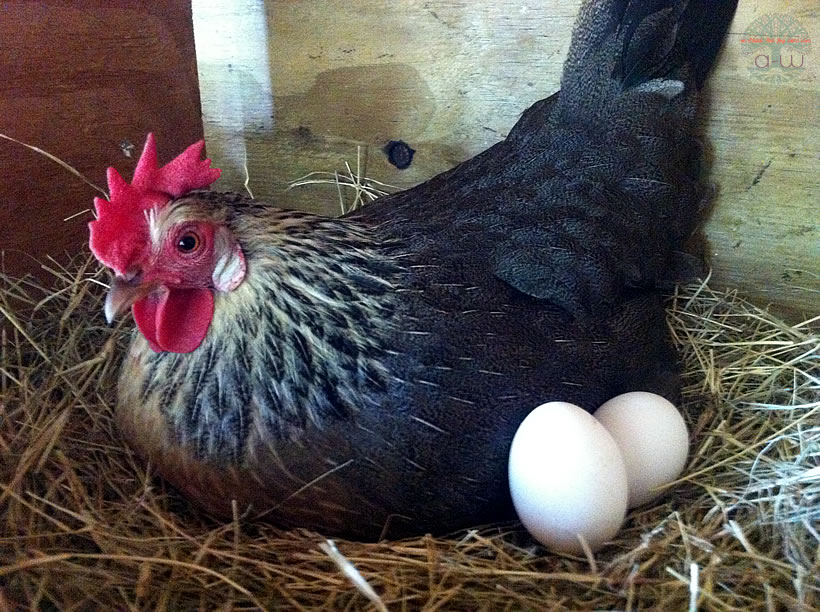 8 Comments on “Homesteading – The Chickens” 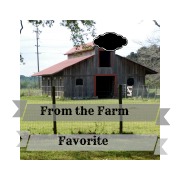